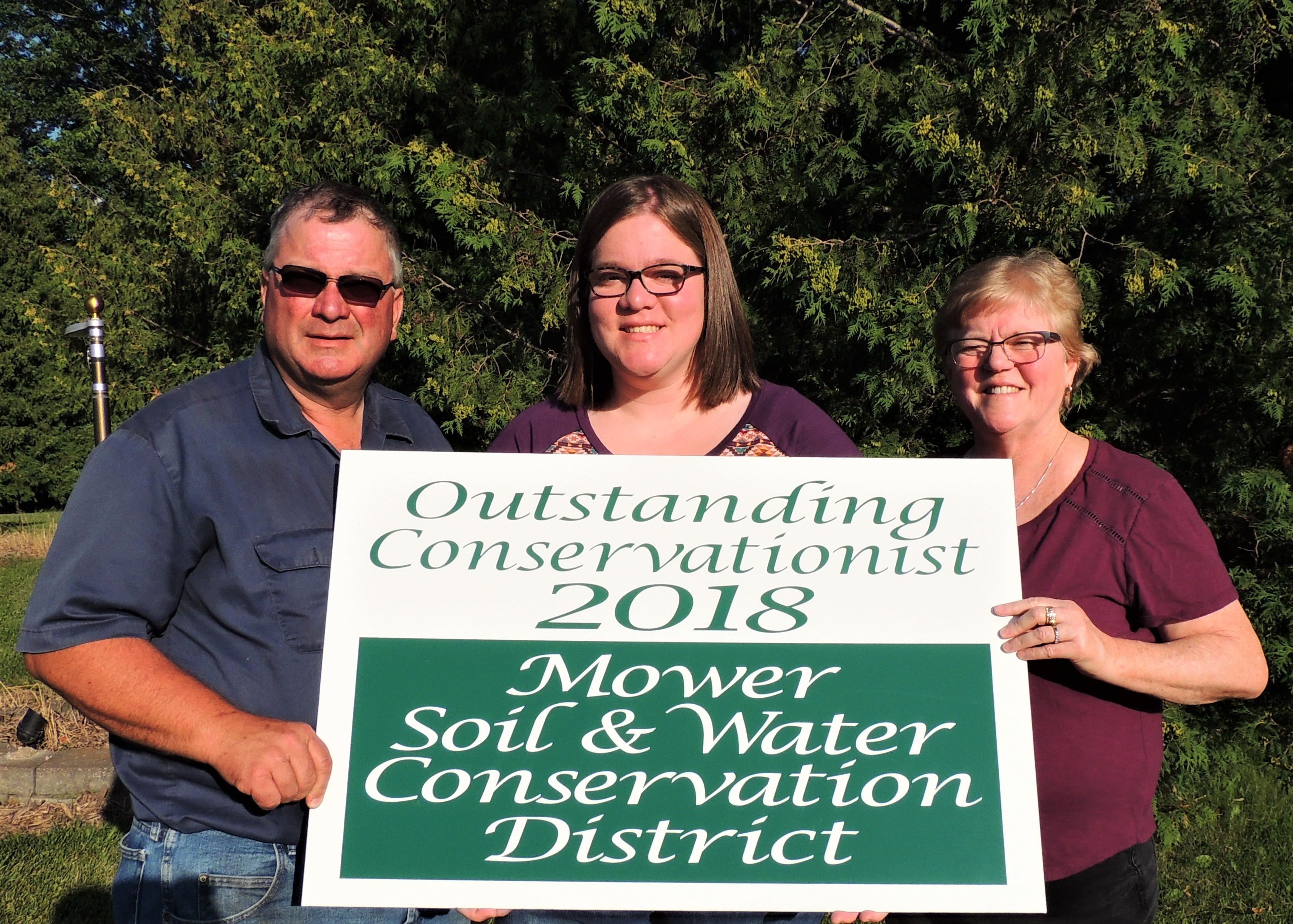 Rod Moe realized he would be losing rented acres for his farming operation when the landowner unveiled his plans to convert cropland into prairie.

When the landowner asked for his thoughts, however, Moe told him, “I’d be more disappointed if you didn’t put that land into the conservation program. That’s what you should do with that land.”

That conservation-minded perspective has guided Moe in his farming for years no matter whether it involved his own land or acres he rented for growing corn and soybeans in northern Mower County’s Waltham Township. This has involved Moe making changes to his farm that stand differently than other area farms and the way his late father, Richard, approached farming.

“Rod is a little bit of a different cooperator in that he has been quietly adopting conservation practices and transforming his farms into a sustainable model for what he thinks is the right thing to do,” said Justin Hanson, district manager for Mower Soil & Water Conservation District. “He embraces the challenge of figuring things out for himself and trying innovative ways to farm.”

For these efforts, the Rod Moe Family is the 2018 Conservationist of the Year for Mower County as chosen by Mower SWCD’s Board of Supervisors. Moe along with his wife, Colleen, and daughter, Rachel – who all help with farm work in spring and fall – were honored Tuesday evening by Mower SWCD at the Mower County Fair’s opening ceremonies.

Local SWCDs annually nominate farmers, individuals, conservation organizations and other groups for implementing conservation practices and improving the natural resources. The Moe family will be honored with other SWCD honorees in December at the 82nd annual convention of the Minnesota Association of Soil & Water Conservation Districts.

Moe started farming with his father in 1985 – the same year he graduated from high school. His family then built a house and started life on the farm in 1987.

His father played a big role in Moe’s life and career as a mentor although he doesn’t believe his dad would think much about the innovative conservation practices he uses today on the land.

Today, Moe and his family farm about 800 acres even though he works a full-time job during the day and helps with custom farming work in the area.

Especially since 2011, Moe has been significantly involved with conservation programs and practices, including nutrient-management planning; cover crops; strip tillage; and native grass buffers.

While growing up as a conventional farmer, Moe started making conservation-minded decisions as he took over his family’s farming operation.

“I like the trial-and-error part of working with the land,” Rod Moe said. “Figuring out other ways to make things work.”

Over the years, Moe voluntarily established vegetative buffer strips on his land, including along ditches that aren’t under the new state buffer law. Earlier this year, Moe enrolled about 6 acres into pollinator prairie through the federal Conservation Reserve Program (CRP).

Hanson considers himself fortunate to have learned a great deal from working with Moe, whom he called a “humble leader.”

“He is the reason that we get into this line of work – to have the chance to work with people who operate with a high level of integrity and adopt conservation practices because they believe in their value,” Hanson said.

Moe’s legacy also is continuing through his daughter, Rachel, who works as an agricultural teacher in Osakis, Minn., but enjoys coming back home to stay connected in a big way to the family farm. In her teaching, Rachel Moe incorporates a lot of the knowledge she has gained from her father on the farm.

She enjoys the quote: “Once in your life, you’ll need a doctor or lawyer. But, every day, three times a day, you need a farmer.”

1992 - Mower County Board of Commissioners